Below is a brief overview of our projects in 2019. For a more visually-rich version, you can download our Year in Review PDF (10 MB).

Sitting here and looking back on 2019, I feel fortunate that this was the first time in nearly a decade where we had a place to call home for a full year. Thanks in part to your support, our home base The Branch Osaka has given us an opportunity to do more substantial work as part of a local community, and to be a part of the flow of life in an old Japanese neighborhood. In some ways, this neighborhood called Kitakagaya, could be described as an eco-friendly neighborhood that doesn’t really know it’s an eco-friendly neighborhood, and there’s much to learn from this. Our life in Kitakagaya has already inspired many contemplations and writings and a story about Osaka’s Trees by Patrick that was recently published in Issue 95 of Kyoto Journal.

Having a home here also allowed us to hold multiple environmental workshops and exhibitions, build community gardens, green streets, and to launch our first ever eco arts festival. If you wonder what else your support has accomplished this year, and what to expect in 2020, well, read on..

At the beginning of 2019, we decided to release a free, twenty minute version of our documentary “Food, Earth, Happiness.” If you haven’t already seen it, you can watch it here. The film has slowly been gaining an audience, and now averages over 1,500 viewers every month. Because numbers can never really tell the story of true impact, I want to share with you something a viewer wrote to us this past week:

“I had tears in my eyes watching Food, Earth, Happiness … I felt like I wasn’t alone and saw people embody the lifestyle and wisdom I want to cultivate within myself and share with the world.”

So many individuals share similar moments, and each time we hear of it, it helps us to know that the work we put in every day is worth it. The short film was also chosen by four festivals since its release: Strano Film Fest, Italy; International Nature Film Festival, Hungary; Kuala Lumpur Eco Film Festival, Malaysia; and Beijing International Green Film Week, China, where it seems it was blocked from screening by the government. That’s always a good sign.

Today, both the feature length film and its shorter counterpart continue to be used in university courses on sustainability throughout North America. We figure that’s a good sign too.

As Spring inched its way from the ground, Patrick held an exhibition for a forest in Seoul. Called Forest is the Artist, the exhibition featured seven works on canvas by a Korean forest, and a film about the process. The press had some choice words about this exhibition of “rain water, dirt, and bird shit.” You can read more and watch a short film about the exhibition.

Over the Summer, Patrick traveled to Sorbonne University in Paris where he was on the organizing committee for The Nature of Cities Global Summit, a first time gathering of nearly 400 environmentally focused government officials, urban planners, scientists, academics, and other practitioners from 52 countries.

Patrick’s main role in Paris was to co-curate a platform for environmental arts engagement called the Forum for Radical Imagination on Environmental Knowledge, more casually known as FRIEK. Along with Paris based curators Carmen Bouyer and Stéphane Verlet-Bottéro, the FRIEK challenged the normal ways of producing an academic conference. FRIEK launched dozens of arts exhibitions, workshops, and interventions within the larger conference, in a bid to break down traditional barriers, allowing new ideas for sustaining cities to be generated in collaboration between disciplines, and species.

Back at home in Osaka, we continued to discover how many edible plants can be found in the middle of the concrete jungle. Suhee hosted multiple urban herb foraging adventures where we shared knowledge with visitors and locals about using these plants for teas, medicines, in cooking, and even herb infused whiskey, which Patrick thinks is a medicine. Later, we were invited to the Asia Book Market at Hankyu, an upscale department store in the center of Osaka. Here, Patrick sprinkled the event hall with images and quotes from natural farmers and Suhee liberated consumers from the need to buy fancy herb teas because after all “You can just throw seeds around your neighborhood, and in a year or so, you’ll have all the herb tea you could want.”

We figured it was only a matter of time before large companies stopped inviting us to give workshops and talks … but then Lexus Korea just invited us to celebrate the opening of their new local food cafe that supports young farmers. Go figure.

A Eco Art Festival in Osaka

Most of our Fall season was spent organizing the City as Nature Festival, our very first self-produced art and ecology festival. Taking place at multiple venues within Kitakagaya (the old Osaka neighborhood where we live) the festival included the work of more than thirty creative individuals from seven countries.

The festival’s core exhibition was Signaling Water: Multi-Species Migration and Displacement. Here, American artists Robin Lasser and Marguerite Perret brought together an international cadre of artists to voice their concern and commitment to water and all of the lifeforms it supports. A cast of regional artists also contributed works of textile, sculpture, photography, drawing, installation, weaving, film, music, and performance that spoke to their personal relationships with water.

You can watch a short film about the City as Nature Festival.

With the help of local teachers, community leaders, and academics, we produced several well-received public events and workshops where attendees could spend time discovering moments and places where humans and our cities are intertwined with the rest of nature.

This year also marks a new step for The Branch Osaka, in our mission to offer time and space for artists and urban dwellers to connect with nature in the city. Though we have hosted numerous international exhibitions here (see the work of mezzotint artist Aya Shimamoto below) we had not enough space for artists to both live and work here. From Spring 2020, we will host our first live/work artists at The Branch Osaka. The artists will live and work at The Branch during Spring (Allison Goodnight) and Fall (Karen Tsugawa) seasons.

A further artist, Nishi Ko, will follow, with an exhibition in the Summer season, as part of the 2020 Japan Cultural Olympiad. The Branch will be one of multiple Cultural Olympiad venues throughout Japan, as we collaborate with Lateral Lab and the Robert Callender Residency for Young Artists in Scotland.

Thanks to the success of The Branch Osaka project, we are developing a second venue in Seoul in the latter half of 2020. This will include forming further partnerships to help expand our programming and reach.

It’s big news for us, and we’ll share more as it develops.

The Life and Wisdom of Larry Korn

One of our great mentors, Larry Korn, sadly left the earth this past year. A great inspiration to us, and truly one of the reasons we are doing the work that we do, Larry always reminded us that all human beings have the ability to “make a living in the world, and to feed and shelter ourselves, in a way that allows other forms of life to live.”

Larry’s key to achieving this, gleaned from his time living with Masanobu Fukouka, was to make honest attempts to find our individual roles in this earth by participating in life as part of nature from the inside, rather than as visitors looking at nature from the outside. In other words, Larry understood that once we stop alienating ourselves from nature, we can intuitively understand—no matter what job we choose to do in this life—how to live and work in a way that respects nature.

This is not a prescriptive answer of course. Each of us can only find our unique answer, given our personal character, circumstances, and needs. It’s also not an answer that can be found and then struck in gold. Rather than being like a medal one keeps around their neck, the answer of who we are and how we can live truly, is more like finding a good path to walk along in this life, and then, when conditions change, saying a kind goodbye to the old path and hello to another path that suits those new conditions.

There are places to stop and rest along these paths, but contrary to the advertisements of our consumer culture, there is no final object or goal that, once attained, we will be able to stand at one fixed point and say “I’ve found it, and now I will stay here and be happy forever!”

In this way of thinking, happiness and sustainable living can only be ‘achieved’ when they are transformed into an act, one of walking with our true nature, whatever that may be, and in turn, allowing others to walk with theirs, whatever theirs may be.

You can hear more pieces of wisdom from Larry in our new three part series on the Mind, Farm, and Life of Masanobu Fukuoka — a series made freely available thanks to the kind support of donors like you. Thank you!

Here’s hoping we all find true and good paths to walk along this coming year, and the years ahead.

As always, thank you for your continued support. Sending wishes for a happy, prosperous, and truly fulfilling year, and hope we see you somewhere in the world.

Until then … Yours in Art and Nature,
Patrick and Suhee 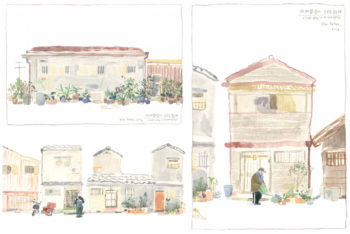 When a Korean Hillside Town Disappears, Who will Notice?

A review of “A Local Neighborhood Traveler,” an exhibition of painting and drawing by Korean artist Se Hee Kim at the Boroomsan Museum of Art… 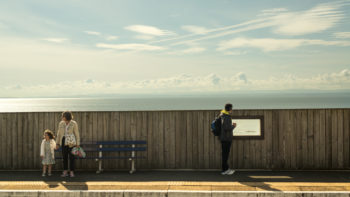 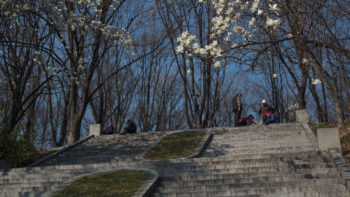 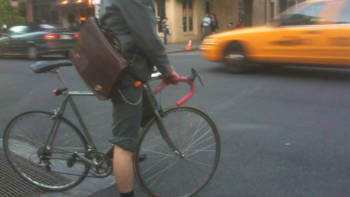 On a sunny sunday morning, near New York City’s Intrepid Museum, the Hudson Greenway is 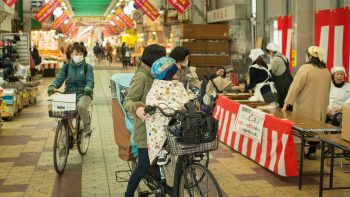 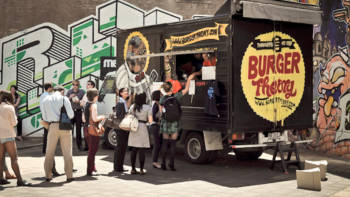