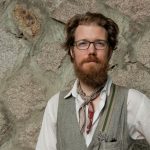 Patrick directs our arts and media projects, and roasts coffee for editorial meetings. He studied at San Jose State University (BA), Aichi University of Art, and The University of Edinburgh (MFA), and is the arts editor for The Nature of Cities (New York). 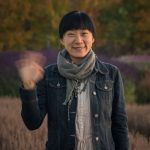 Born in Seoul, Suhee has worked as a writer and photographer, traveling throughout the Middle-East, Europe and Asia to engage with the traditional ways of living. She was previously the editor at Booksense, a leading publisher of social and ecological titles in Korea.

Suhee is our editorial director, manages our urban Pocket Farm, and leads community outreach and projects in South Korea. She holds a degree in media and journalism from Sungkyunkwan University.

A partial list of collaborators on past and present projects…

These creative young people have worked with us as artists in residence on focused projects, while developing their understanding of global social and ecological issues, and how these issues integrate with their own creative practice.