On July 7, 2018, Korean musician BomNunByeol (봄눈별) joined Patrick here at The Branch, for the premiere of their live music and film meditation concert.

The two have been collaborating for many years with film and recorded music, including for the documentary film Final Straw: Food, Earth, Happiness, as well as the One Minute Meditations series, which has been exhibited in galleries and museums internationally.

This event was the first time to host a live collaboration.

About the Film Series

One Minute Meditation is an ongoing series of short “meditation” films by Patrick Lydon, combining meditative moving-image scenes, sound, and instrumental music. Filmed during 7 years of nomadic life, each scene takes place during the artist’s meditation in a public space.

Bomnunbyeol (봄눈별) is one of South Korea’s most prominent ‘meditation’ musicians. Known for his poetic composition and performance style, he employs musical instruments from traditional cultures not only from Korea, but from around the world, including Africa and North America.

More from The Branch

Enjoy more events and stories from our ecological art space in Osaka: 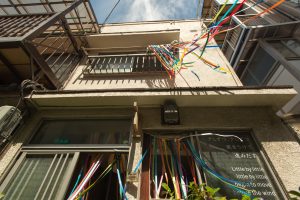 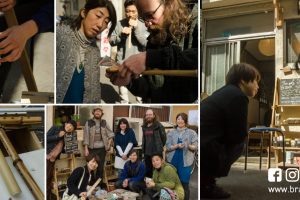 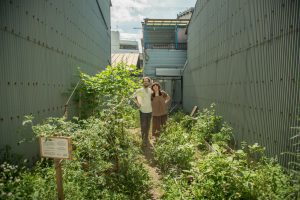