If we listened to the voice of the trees, how might the things we hear transform the landscape of a city over years, decades, centuries?

This multi-sensory exhibition for the 2022 Daejeon Biennale brings visitors to the year 2032, a decade since Daejeon citizens remembered how to listen to the trees. In this future, a continuous network of urban forests — tree technology — are the veins of the city. These underground mycelium and airborne informants connect Daejeon and its people to the ecological wisdom of the local mountains. This city is no longer a city designed just by or for humans, but by and for all beings, thanks to the leadership of the elder trees.

A City Designed by Trees weaves together science, art, design, technology, cultural tradition, music, and performance to imagine such a possible future.

Traditional knowledge in Korea has long known how to listen to trees, as evidenced in part by the many old Guardian Trees (Dansan Namu) throughout the country. This knowledge may be under-appreciated, but it is not misplaced. Today, when it comes to the importance of urban trees, both science and local traditions speak in accordance with each other. Forests protect cities against climate change, they cool cities, they contribute to clean air, soil, and water, and they help humans live longer and healthier lives. Forests can show us how to build more healthy and resilient cities. But humans must learn to listen; to enter into nature, as participants, rather than as visitors from the outside.

This work is a product of Patrick M. Lydon and Suhee Kang’s cultural, practical, and science-based research related to ecological mindsets and nature-based design (NbS) conducted over the past decade in Japan, Korea, Scotland, and the United States. To craft the installation, they worked with as much local, sustainable, renewable materials as possible, and collaborated with local artists, musicians, citizens, and trees in Daejeon, as well as with international scientists and urban planners.

In “A City Designed by Trees,” visitors enter this tree network through four nodes, each using different mediums to deliver stories about a possible future.

This tree represents the Korean Guardian Tree (Dangsan Namu). In this complex web of life, trees are a keystone species; a mother to all life in our ecosystems. Science tells us that without trees, the human family and most animal life would disappear from this Earth. As you enter the exhibition, we welcome you to say hello and thank you to our young sacred Happy Tree, which the artists began caring for as a seedling two years prior to this exhibition.

Explore a collection of quotes about the wisdom of trees, and a photo essay ‘Dance of Thousands of Years,’ about the relationship between city and tree in the past, present, and future. If you have your own memories about trees or thoughts that come to mind, write them on the white paper here, and hang them in the ‘story forest.’

To participate virtually in this node, tag your tree story on Instagram or Twitter with the hashtag #citybytrees

The Dance of Thousands of Years, 2022
photographic pigment prints on hanji and text in graphite

Awakened by the call of a heron, the water goddess of Daejeon River rises from her spring and calls on the local Tree gods with a request. The Tree gods heed her call, clumsily taking on human form to craft a message from the trees to the people of Daejeon … in the form of a punk song. This experimental musical film was produced by a collaboration between trees and artists.

How might the landscape of Daejeon transform if we listened to the trees? The works here include concept drawings from The Possible City series, and a large-scale drawing “Bomunsan and a City Designed by Trees” on Korean hanji paper. The drawings are inspired by daily visits to the forests of Bomunsan, as well as cultural, practical, and science-based research related to ecological mindsets and nature-based design (NbS) conducted over the past several years.

This “City Designed by Trees” further identifies the following seven directives for a city that is not only ecological, but is more livable, healthy, and connected place for all beings to live according to their true nature. These are written in pencil directly on the gallery wall:

Forest from Mountain to River
Between every watershed, give space for a continuous forest (and meadow) zone, running from the mountain to the river.

Give Right-of-way to Rivers and Streams
Every watershed deserves an open, natural riparian course to flow along.

Farm Together with Nature
Urban and peri-urban farms flourish with biodiverse, regenerative methods such as natural farming, permaculture, and agroecology.

Wild Grass and Meadow Habitat
Ban the use of herbicide and heavy machinery for regular maintenance. Allow nature to heal the landscape with a light-touch by humans. All beings benefit from the landscape.

Permeable Streets
Remove as much asphalt, concrete and car traffic as possible. Replace these with life-supporting pathways that are walkable, wheel-able, and well shaded to encourage an active, healthy, social city for all beings..

Water Shrines
A healthy mountain forest ensures a clean water source. Honor springs and nearby forests as sacred places; celebrate and protect them.

Join the exhibition by sharing a memory you have with a tree. Use the hashtag #citybytrees on Twitter or Instagram, and tag @cityasnature.

Selected stories will be displayed on the story wall during the exhibition, and afterwards on our website.

This exhibition is commissioned as part of the Daejeon Art & Science Biennale in Daejeon, Korea. It is produced by City as Nature with support from:

The initial concepts that underpin this exhibition were developed and published in a 2018 essay, A City Designed by Trees, written by Lydon for The Nature of Cities.

A few ‘behind the scenes’ images from the production of the film, artworks, and installation.

A Song for Summer Trees

Drawing on a long time collaboration, Korean musician BomNunByeol (봄눈별) joined Patrick for the premiere of their live music and … 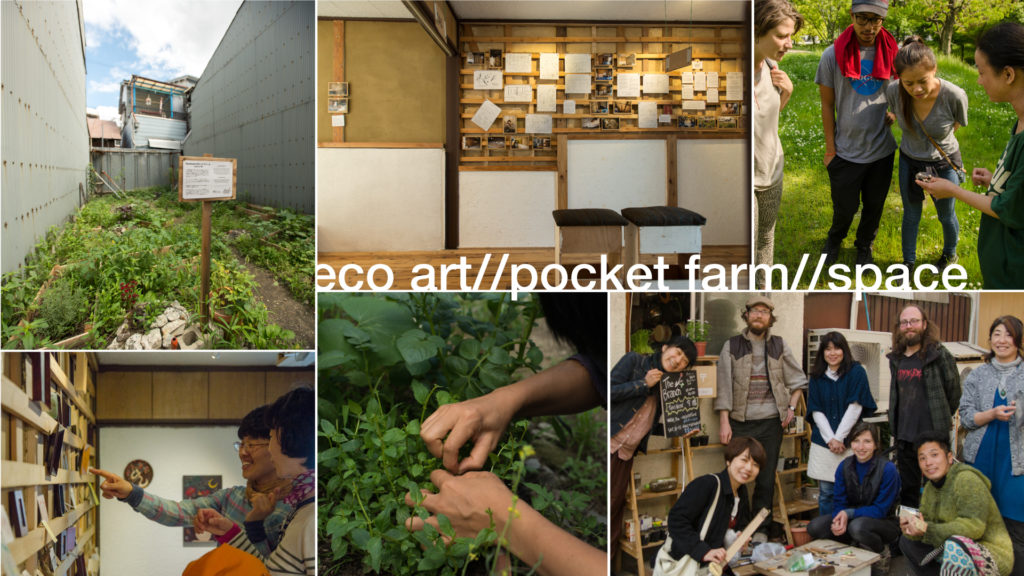 An ecological art lab and pocket farm located in Osaka, Japan conceived and built by Patrick M. Lydon and Suhee … 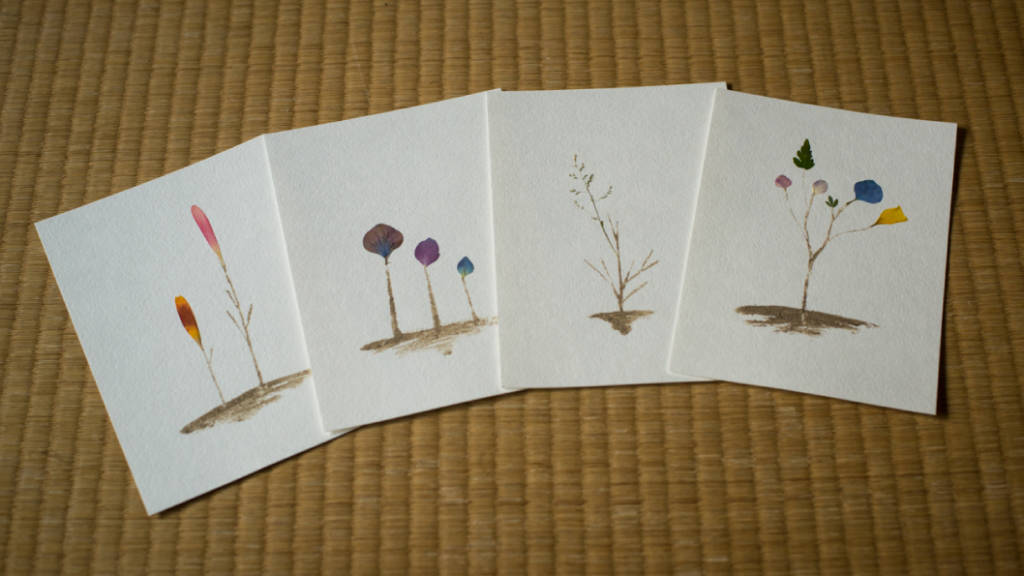 Participants learn simple ways to preserve and use plants to make postcards, exploring the shapes, textures, and colors of local … 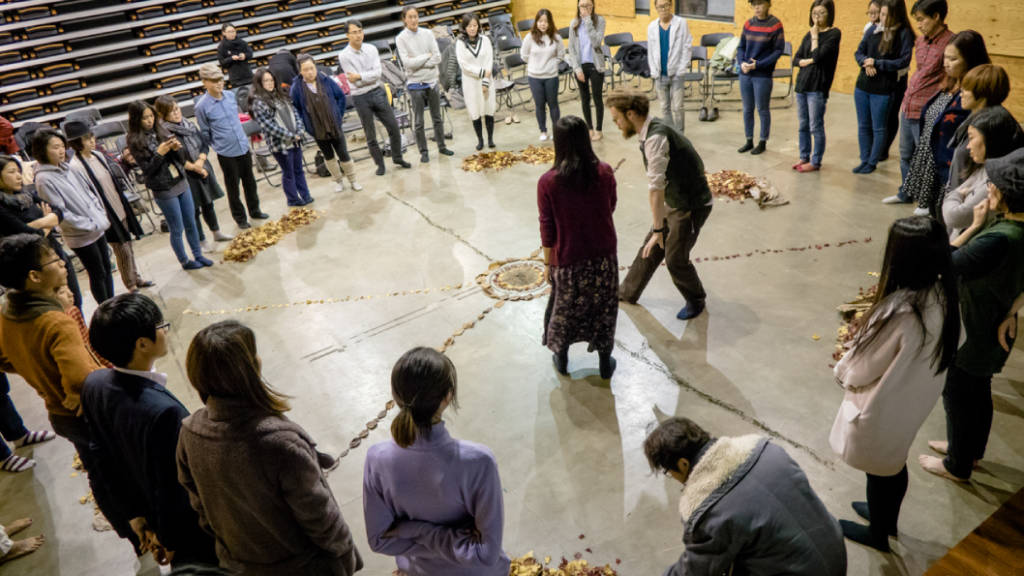 A team building exercise where groups work together to build a giant mandala from locally-foraged natural materials, celebrating local nature, … 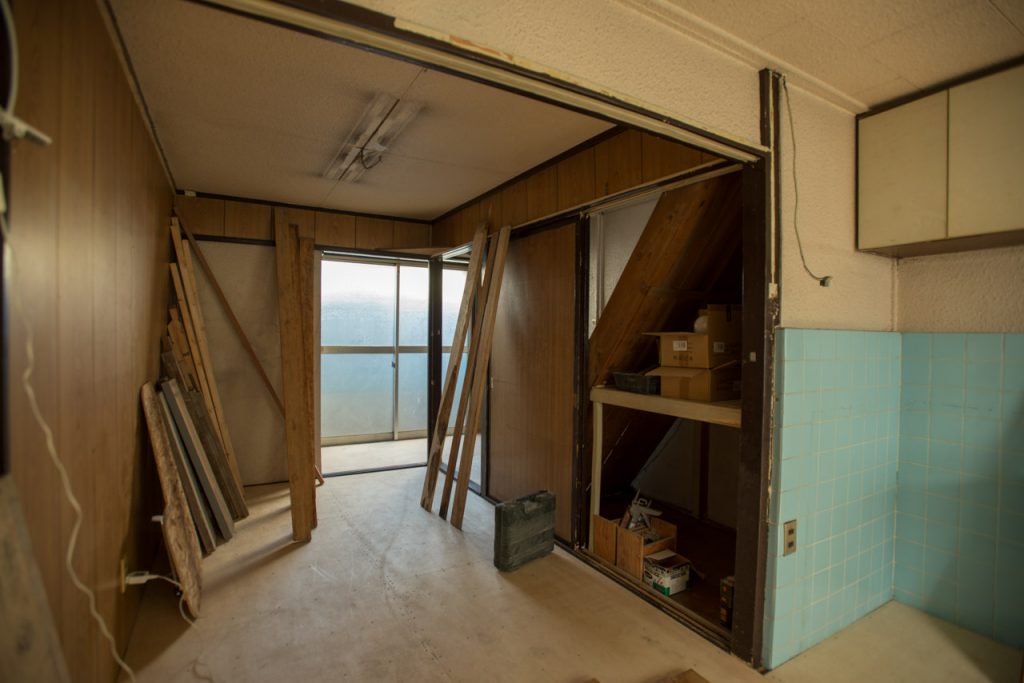 Building The Branch: Before & After

When we decided to open an ecological art space, we made a firm decision to design and build as much …
Tags: art, Daejeon Biennale, exhibition, future, korea, nature, South Korea, trees, urban, Urbanism