Founded in 2011, City as Nature is a creative urban ecology studio based in Daejeon, Korea. We work internationally, across disciplines and cultures, to re-connect people and the places we live with nature. 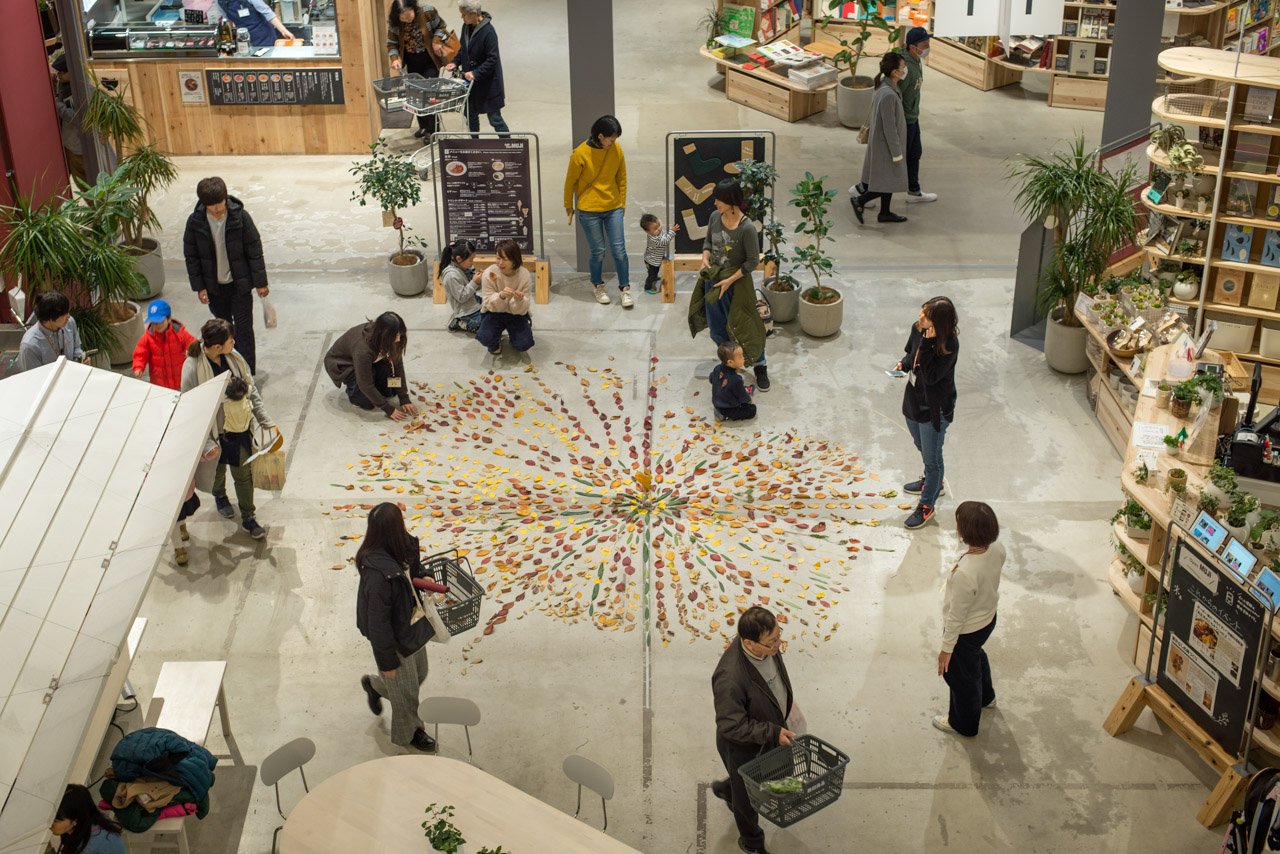 We have worked with groups and individuals in more than forty countries, producing award-winning art, media, and placemaking projects that inspire innovative ecological viewpoints.

Through writing, filming, and illustration, we produce creative nonfiction in the form of media-rich articles, essays, and films. Our media work illuminates the untold stories in cities and towns around the world, of people, nature, and place.

From concept to production, we make exhibitions, public installations, workshops, and community building projects. This work is artist-led, and considers local ecology and culture, as well as global knowledge and networks. 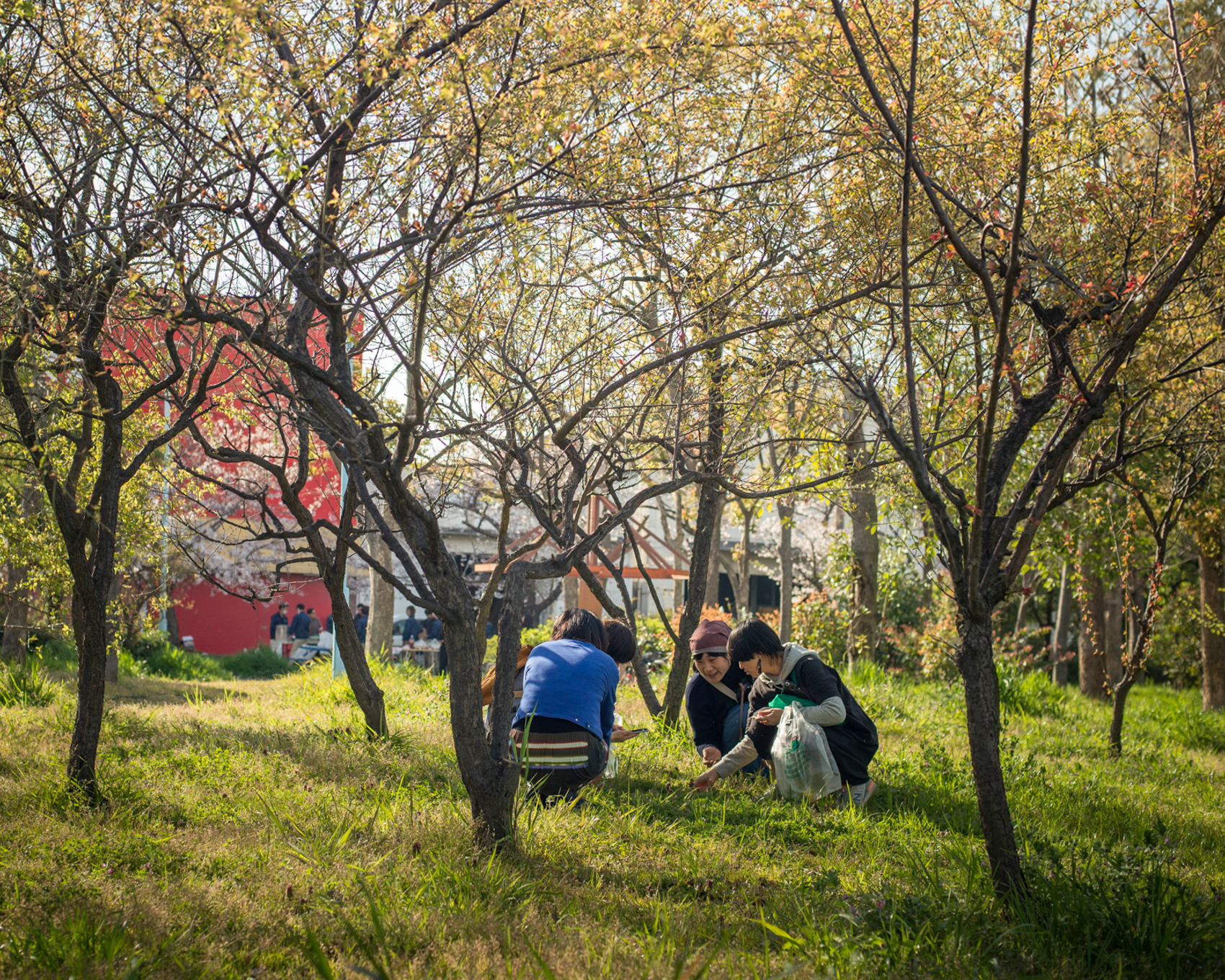 We help cities become inspiring places that grow together with nature.

Building meaningful relationships between urban dwellers, nature, and the cities, towns, and neighborhoods we live in

Planting seeds of change within individuals and communities, inspiring actions for positive change

Cultivating awareness, empathy, and acceptance of the environment, and the importance of all diverse life forms. 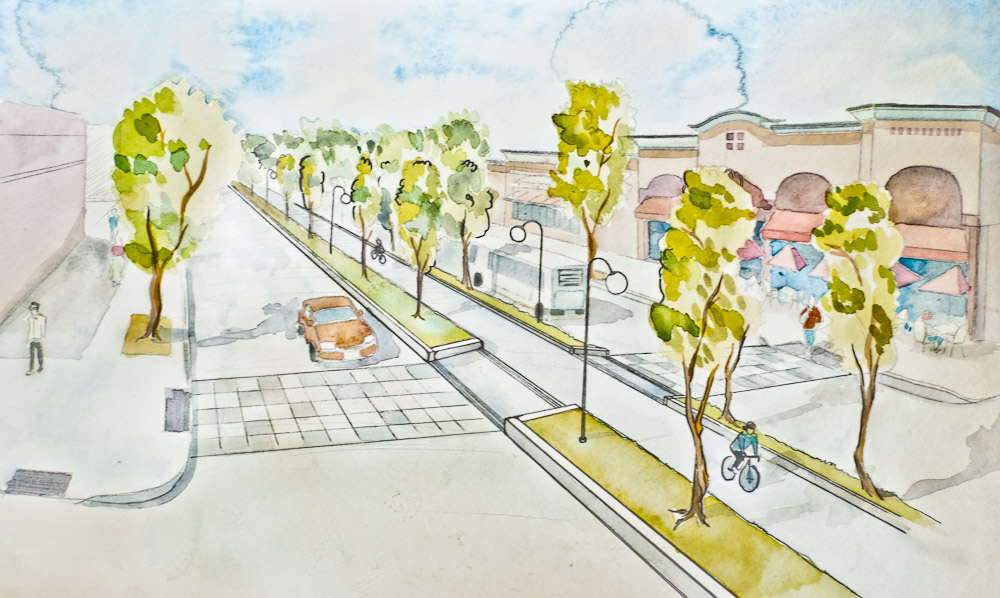 We are an ecological artist and publisher from Silicon Valley and Seoul,
working together to uncover the roots of ecological wellness.

In Summer 2011 a small collective of writers and artists came together inside an abandoned fruit-canning factory in the middle of Silicon Valley. Originally known as SocieCity, this group soon included others in East Asia and Europe, who were exploring solutions for the social and ecological issues they saw around them.

From these first meetings, SocieCity moved on to interview local political leaders and activists, meet with farmers, urban planners, academics, and work to disseminate solutions using art, design, and community actions. In the years following, the group’s founders Lydon and Kang produced the acclaimed documentary film Final Straw: Food, Earth, Happiness; the film has since been translated into seven languages, screened at hundreds of venues around the world, and is part of the award-winning Global Environmental Justice Collection. As of 2017, our articles, essays, and books have been read by over 1 million people, and we’ve produced over 200 events worldwide.

In 2018 we opened our first physical space called The Branch in Osaka, Japan, hosting workshops, artists-in-residence, and building an urban pocket farm where locals and visitors from abroad can explore the nature of sustainability together.

In 2019 we changed our name from SocieCity to City as Nature. Why do such a thing? The word we know as city is derived from Latin ‘civis’ (meaning to settle, home, love). The word nature, likewise, is from Latin ‘natura’ (birth, character, the course of things), but also in Chinese and Korean, nature / 自然 / 자연 (can mean self-thus, naturally, as-it-is). The name City as Nature then, suggests cities and their inhabitants settling into the ecosystem, where cities and people are part of nature and likewise, nature is part of them. The name points to a rooted way of realizing social and ecological justice, both within cities, and throughout a global network of interconnected and interdependent living ecosystems.

In 2022, we moved our studio from Osaka, Japan to Daejeon, Korea. There are fewer bicycles and neighborhood parks here, but more forests, mountains, and riparian areas. We still ride our bicycles just about everywhere. 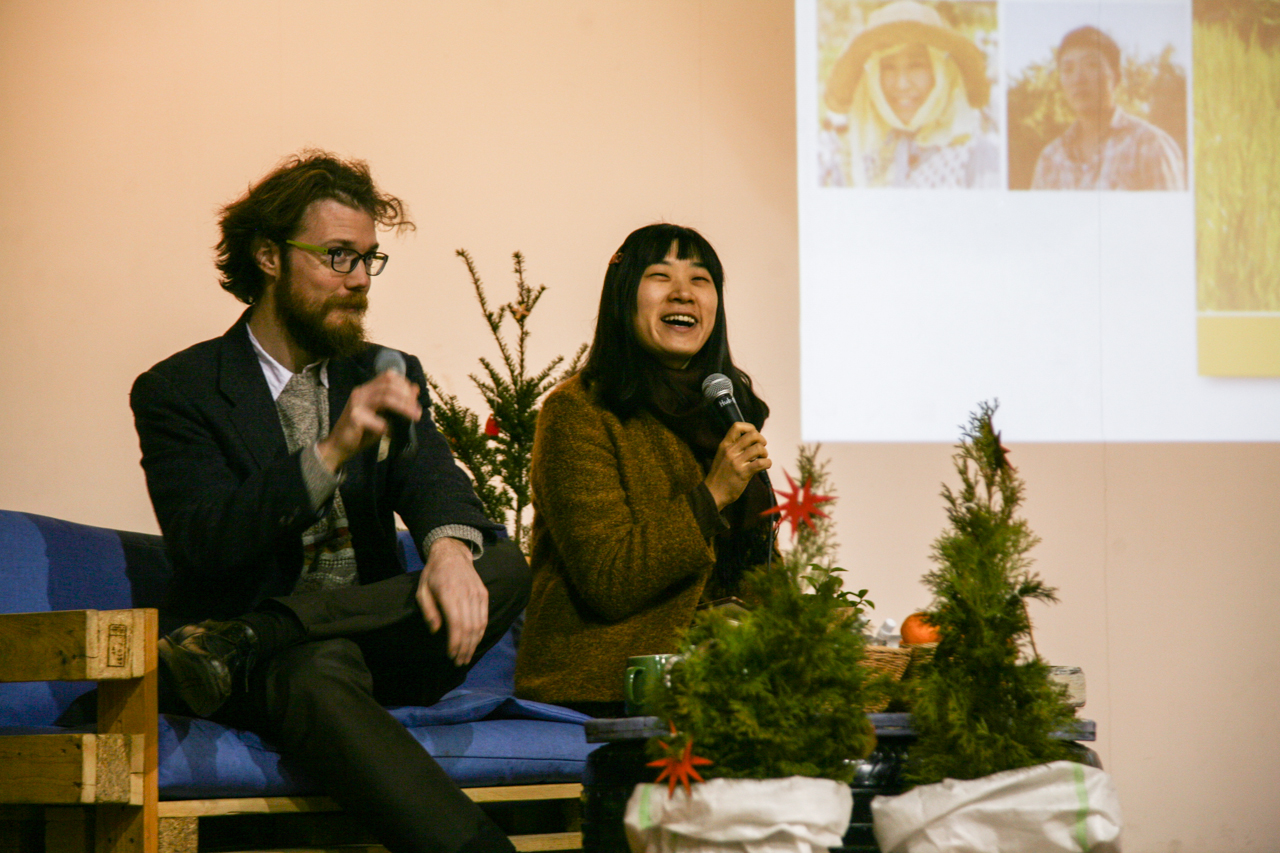 Have questions about speaking engagements, exhibitions, environmental art installations, workshops, or some idea for collaboration? Send a note to one of the addresses below. You will need to replace the [at] with an actual @ symbol. That is old-school anti-spam.

image: Patrick and Suhee speak at the EDUFarm conference in Seoul, Korea

Our studio and eco art space in Osaka [THE BRANCH OSAKA] is permanently CLOSED.

Our main studio is now in Daejeon, Korea. For the latest on where we are, and what we are up to, please contact us, or check our instagram @branchosaka and @cityasnature, or our facebook page.