In the early 1900’s, most U.S. cities with populations over 20,000 or so had privately owned and operated above-ground electric rail systems.

The area now known as Silicon Valley was once home to a streetcar and interurban rail system with over 70 miles of track, and many lines providing train service every 7 minutes between the Downtown San Jose core and then-outlying towns including Santa Clara, Monta Vista, Los Altos, Los Gatos, Alum Rock, and Beryessa, as well as further out to Palo Alto and Stanford.

In 1920, streetcar trains reached the center of San Jose from the far points of the line in about 15-20 minutes.

And so the questions: What happened?  Is local rail transit far too incompatible with the layout of Silicon Valley cities? Is there hope for building transit oriented developments in a smart, forward-thinking way? Let’s take these points in order.

The Car Rises in America, the Train in Japan

Most of the electric rail services in the U.S. during the early 1900’s were run by private companies, but as part of a nationwide push — some say conspiracy — by vehicle manufacturers such as General Motors to swap the trolleys out for buses, almost all trolley lines were abandoned by the end of the 1930’s. Conspiracy or not, however, the personal automobile was becoming more widespread, and as American cities began to grow in size, they built according to the automobile.

Interestingly, while I was in Tokyo last year — shooting images for my Transport Me project — I found that, at the same time U.S. cities and towns were dismantling their metro rail systems, the Japanese were just getting started building their first lines. The first of their metro rail lines were being built in the developing metropolis of Tokyo, laying the groundwork for several massive population centers connected by multiple commuter trains and subway lines, both privately and government owned. Today, the rail system in the Tokyo Metropolitan area is the largest in the world.

For most American cities, however, ‘suburban sprawl’ became the favored method of development, town centers became less important, and people traveled longer distances in cars to do things which were once neighborhood chores. At the time, there were several positives for this model of living, including a tempting cocktail of convenience and lower prices for consumers, as well as ease and better profit margins for investors and producers;  it seemed like a situation where everyone was winning.

It wasn’t until decades later that the numerous negative effects of our automotive-based city layouts truly began to take hold. The problems were — and still are — numerous, including:

This list, quite unfortunately, could go on, and on. Swapping trains out for cars and buses may have been a positive economic move for the United States at the time, but these profits carried with them some bitter consequences for people, nature, and cities.

A few Decades Late to our own Party

In the 1980’s, 40 years after abandoning the last of the local rail lines in Silicon Valley, the county and local governments began to build rail lines again in an attempt to combat rising street traffic. It was a novel concept that faced one giant issue:

in the 40 year time span between the abandonment of the first rail system and the building of the second one, the majority of Silicon Valley had been covered with exactly the type of low-density suburban sprawl that is unfailingly incompatible with any form of mass transit.

There were no more ‘city centers’ or ‘town centers’ with the housing and commercial density to support a rail system of such proportions, only suburban housing, and shopping centers built to accommodate vehicular traffic. Almost nothing built in Silicon Valley form the 1950’s onward was compatible with either foot or rail traffic.

Today, many American cities are slowly attempting to build smarter developments along rail lines, but as it turns out, we’re a few decades late to the party that, ironically, we invented. We’re now realizing just how difficult a proposition it is to build smart ‘transit oriented’ developments in a valley that has spent the last 40 years building mainly for the automobile.

There is Good Growth Ahead

It’s no use crying over dairy farms crushed by housing tracts. New development plans call for human-oriented city design, where urban planners and developers again create neighborhoods with people in mind, instead of 2-ton hunks of metal on wheels.

Yet, changing the way we design transportation and surrounding urban development is not something that city governments and developers can do alone, and frankly, it’s not something we should let them do alone anyway. Good city growth calls even more on the public to be judicious in educating themselves, speaking out against poor developments, and, on the occasion a city does come up with a laudable master plan, holding that city accountable for sticking to its guns. The more each of us is involved and educated, the more the city will be shaped how we want it to be.

Is respect to all of this, it should be evident to us that, although we’ve come a long way since 1920, perhaps it’s time to 1) look back and see if we’ve dropped anything along the way, and 2) Re-examine other countries who have been pushing innovative alternative transportation solutions while we Americans have been toying around with our personal automobiles. Japan is a good place to start, but also far advanced are South Korea, Germany, Holland, and even Colombia, among others.

The way transit (both public and personal) is built and used has positive and negative effects our communities in many ways. How has transit planning (or lack thereof) affected you?

From a tiny rice field to one of the world’s largest cities, we follow a chef as she builds a pint-sized restaurant focused on nourishing … 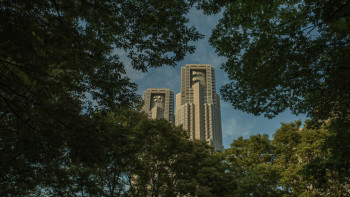 Building an Ecology of One

Our systems of production and consumption have become so far separated from ecological reality, that sustainability and human well being have both become impossibilities. What … 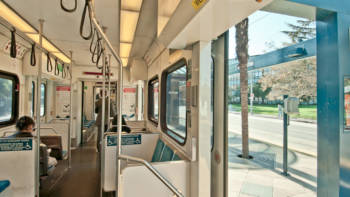 At one point in American history, most cities had extensive privately owned and operated streetcar systems. Where did they go, and is there still a …