Last week the city of London announced one of the largest cycling transportation development budgets in the history of the bicycle. The city’s Mayor, Borris Johnson, committed nearly £1 Billion ($1.4 Billion USD) to building up London’s bicycle infrastructure over the next decade. When completed the cycling network will qualify as one of the world’s largest public works projects.

To grasp the enormity of London’s $1.4 billion bicycle investment, Janette Sadik-Khan, the sitting Commissioner of New York’s Department of Transportation (DOT) has a budget of roughly $2 billion at her disposal… that’s her entire transportation budget. The entire New York City cycling development budget over the past five years is in the neighborhood of $2 million, or about 0.009% of what London’s budget will be in 2015 alone. The proposal is enormous.

New York City’s cycling budget over the past five years was roughly $2 million, that’s 0.009% of what London plans to spend in a single year alone.

But largely, Americans aren’t taking notice, and neither is the American media rushing to task. Take the words  “Boris, Cycling” for a spin on the New York Times internal search engine and you’ll come up with a big goose egg: ‘0 results,’ says the Times.

All of this is not unexpected of course. Cycling has gained tremendous popularity among commuters in London, many of whom speak largely of cycling’s physical and mental health benefits, as well as a general frustration at the high costs associated with operating motor vehicles. On the other side of the Atlantic, however, Americans have been notoriously slow to covert to pedal power. In the U.S., cycling is still considered by the majority to be a poor person’s transport, or perhaps at best, a lifestyle accessory. The overwhelming successes and lessons from Europe are often mockingly shrugged off as ‘not relevant’ in America.

Still, cities like New York do aggressively attempt to put in place new cycling infrastructures, and it remains an uphill battle, competing against powerful lobbyists —  from old-fashioned district presidents to passionate residents — who are often most vocal in defense of the neighborhood parking spaces which tend to fall prey to new bicycle lanes. Even so, bike use in New York City has tripled since 2008, and hundreds of miles of bike lanes were put in place for this reason; since then, the two numbers have begun to feed off each other.

Other cities across America are battling similar problems, but most are plagued by a duo of budgetary constraints and lack of direct demands from citizens.

According to Nancy Folbre, economics professor at the University of Massachusetts Amherst, the city of Portland, Oregon — perhaps the most bike friendly city in America — has a commuting population of just 5.8-percent (less than 30,000 persons). Comparatively, some areas of London see over 50-percent of commute trips taken by bicycle. So which comes first, infrastructure or riders?

In London, not only did the chicken come before the egg, it pretty well popped out and started walking before the egg, too. When a city the size of London suddenly finds its commute routes saturated with bicycle riders, there is a necessity to respond with the proper infrastructure. Barring popular critical-mass-style bike rides, most cities in the United States seem to be many years away from having a ‘problem’ of too many bike riders.

But as John Pucher and Ralph Buehler of Rutgers University argue, bicycle development hasn’t always followed a chicken-before-the-egg path. Their study points out that bicycle use in the Netherlands, Denmark, and Germany — all seen as cycling meccas today — were subject to decades of tremendous decline through 1975; at one point in the 1950’s, the UK even sported a cycling mode-share higher than that of Germany. The changes, say Pucher and Buehler, were not spurred by cultural factors alone, but by government policy-makers who “focused on serving people, making their cities people-friendly rather than car-friendly,” shaping laws and regulations at encouraging human-powered transportation and discouraging the use of motor vehicles.

Today, most government bodies in the U.S. aren’t quite so pushy, they require immense pressure from riders to push for new bicycle infrastructure on a large scale, and also for more riders to be out on the streets in spite of the lack of infrastructure. Looking at trends in the U.S. over the past decade — where both ridership and government investment have risen steadily — these are issues that the States will eventually come to terms with.

At this point, it’s likely a matter of whether it will be slow and excruciating, or quick and painless. We, of course, vote for the latter.

NYC: Moving on Two Wheels
Transforming Suburbia to Eco-Utopia
Why the Bicycle isn’t about Saving the Planet
When Car + Bike = Good 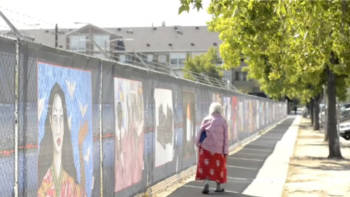 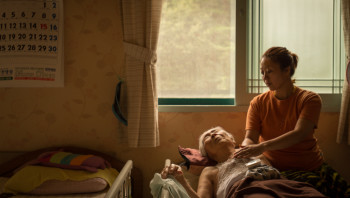 On the anniversary of the bombing of Hiroshima, a small group of volunteers from Japan visit South Korea. This short film follows their activities, showing … 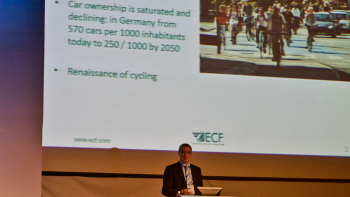